It's important to know which version of Excel you are using

Each version of Excel has been significantly different to the last, and the Mac and Windows versions are still very different today. If you need to learn Excel we strongly recommend that you learn using Excel 365 rather than one of the legacy versions.  In this article you’ll find out why.

Excel 365 is planned to have an infinite life.  Instead of the old 3-year update cycle, 365 is a constantly evolving product with new features arriving as each new version is released.

Because business users don’t want constant change (and need rock-solid reliable releases) Microsoft introduced the concept of “update channels” for Office 365.  Business users could opt in to a six-monthly update channel.  This provided a solid and tested “Semi-annual” version  in January and July each year.  The Smart Method supports the ever-changing nature of Office 365 by publishing a new version of our books every six months to support each new release.  At the time of writing this article (in September 2020) we’d recently published the fourth edition covering the July 2020 semi-annual update.  The Smart Method is the only publisher that does this to keep our books up to date.

There have been some amazing features added to Excel 365 since 2019 but absolutely nothing compares to the introduction of Dynamic Arrays and Dynamic Array functions in the July 2020 release.  This is not a trivial change.  The Excel engine had to be re-engineered to recognize the new dynamic array concept.

In Excel 365 a huge number of older Excel functions can now work in an entirely new way and some old favourites have been replaced by modern array-aware functions.  For example VLOOKUP has been replaced by XLOOKUP (a modern array function that is more versatile, easier to use and more powerful).

Excel 365 is the latest, greatest and most powerful Excel version you can use and it is available for a very modest monthly subscription.

Many commentators speculated that there would never be an Excel 2019.

Microsoft kept us guessing right up to the last minute before announcing that there would indeed be another “perpetual licence” version of Office that would be sold alongside Excel 365.

It is clear that Microsoft have completely embraced the SaaS (software as a service) model where software is rented and not sold.  They seem to have also acknowledged that there are some purchasers that still prefer the “buy once use forever” model.

Many commentators are now speculating that Excel 2019 really is the last in the line of perpetual licensed versions.  The current Excel 2019 version is already hugely behind Excel 365 with the “killer feature” of dynamic arrays only available to Excel 365 users as no new features will every be added to Excel 2019.

The huge upgrade for Excel 2019 was the inclusion of the “power” tools: Power Pivot, Power Query (Get & Transform) and Power Maps (3-D Maps) in all versions.  These are very high-level OLAP tools that allow Excel to analyse “big data” and add the ability to perform “modern data analysis” with any Excel version.   Having said this the “power” tools have further evolved since Excel 2019 was released making extra “power” features available only to Excel 365 users.

Excel 2016 was very different to previous versions of Excel for two reasons:

This was a difficult Excel version to support with learning materials as we had to issue continuous revisions of our Excel 2016 book to cater for both Excel 2016 and Excel 2016 for Office 365 subscribers.  During the life of the product the two versions moved very far apart from each other.

It was a great relief for The Smart Method when Excel 2019 and Excel 365 were clearly named as different versions in the release that followed.

With Excel 2016, Microsoft began to release regular feature updates via the internet instead of only adding new features when an entirely new version is released. These new features were only provided to Office 365 subscribers, so users with boxed retail copies now have a very different version of Excel to Office 365 users.

Fortunately, our courses are regularly updated to explain any differences between the Office 365 version and the boxed retail versions of Excel. If you are a Windows user with Excel 2016 or Excel 365, you should use our Excel 2016 course.

With Excel 2016, Microsoft decided to give the Mac and Windows versions the same name for the first time since the year 2000. Despite this, the two programs are still quite different, owing partly to the different user interface of the iOS operating system.

You can see a list of the differences between the Mac and Windows versions of Excel 2016 here.

Excel 2013 was only released for Windows computers, and introduced the new Flash Fill feature, Slicers, and 50 new functions.

If you need to learn Excel 2013, you should use our Excel 2013 course available as both a book or e-book.

Excel 2011 was only released for Apple Mac computers. It was the last version of Excel for Mac that had a separate name to its Windows counterpart.

Like Excel 2010 for Windows, this was also the 13th version of Excel for Mac, but version 13 was skipped for superstitious reasons and Excel 2011 was declared to be version 14.

Excel 2010 was only released for Windows computers. It introduced several new features, including multi-threading support, sparklines, Ribbon customization and the back-stage view.

Although Excel 2010 was actually the 13th version of Excel, Microsoft skipped version 13 and officially declared it as version 14, entirely because 13 is considered an unlucky number!

If you need to learn Excel 2010, our Excel 2010 books and e-books are still available but we strongly advise you not to use this version as Microsoft no longer provide security patches meaning that a hacker could compromise your computer if a back-door into Office 2010 is discovered.

Excel 2008 was only released for Apple Mac computers.

Excel 2007 was only released for Windows computers.

Excel 2007 was a significant leap forward from earlier versions, introducing the new Ribbon interface and changing the file format from the familiar .xls to the new .xlsx and .xlsm files. This change meant that Excel files could store over 1 million rows (when they were previously limited to 16,384) and vastly improved security. Excel’s charting features were also greatly improved in this version.

Surveys at the time showed that the majority of users didn’t like the new interface, but Microsoft persisted with the Ribbon and most users now probably wouldn’t want to go back!

If you need to learn Excel 2007, our Excel 2007 books and e-books are still available but we strongly advise you not to use this version as Microsoft no longer provide security patches meaning that a hacker could compromise your computer if a back-door into Office 2007 is discovered.

Excel 2004 was only released for Apple Mac computers.

Excel 2003 was the final version of Excel to use the old ‘WIMP’ interface, which stands for “Windows, Icons, Menus, Pointer”. If you used it, you might remember the drop-down menus and icons at the top of the screen.

Excel 2003 was also the first version of Excel to include the Tables feature, although it was much improved upon later.

We don’t offer a course for Excel 2003, but we do offer courses for all Excel versions that are currently supported by Microsoft. If you are using Excel 2003 you should upgrade to a more recent version to learn Excel.

Earlier versions of Excel stretch all the way back to Excel 2.0, which was released in 1987. Some of the most familiar features of Excel date back surprisingly far!

AutoFill was first introduced in Excel 4.0, which was released in 1992.

VBA and Macros date back to Excel 5.0, which was released in 1993. The flexibility of VBA meant that Excel became a significant target of macro viruses until Excel 2007 revamped the file formats to improve security.

The Office Assistant “Clippy” was introduced in Excel 97, but most users found it extremely annoying! It was switched off by default in Excel 2002 and removed entirely as of Excel 2007.

If you’re using a very old version of Excel it’s definitely time to upgrade! Our courses can help you get up to speed with any of the more recent versions of Excel.

It’s a little-known fact that the very first version of Excel was only released on the Mac, although Microsoft had an even earlier spreadsheet product called Multiplan, which was used on MS-DOS and other console-based operating systems.

The first Windows version of Excel was actually a port of the Mac “Excel 2”.

While Microsoft have recently released Excel 2019 for Windows and Excel 2019 for Mac under exactly the same name, they have actually done this before with Excel 2000, which was released for both Mac and Windows.

If you’re using a very old version of Excel for Mac it’s definitely time to upgrade! Our Excel 2019 for Mac courses can teach you everything you need to know to use the most recent versions of Excel.

OS/2 was an operating system developed by Microsoft and IBM in 1985. It was taken over by IBM exclusively in 1992, but three versions of Excel were released for OS/2 in the meantime.

Wholesale Order Complete Thank you for your order We’ll confirm your order and the likely delivery date via e-mail within the next 24 hours. If 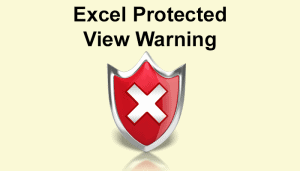 Excel protected view: Be careful – files from the Internet can contain viruses. Unless you need to edit it’s safer to stay in Protected View. This article explains what this error message means. 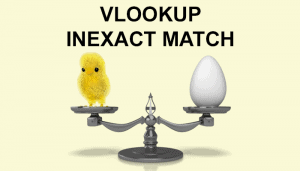 VLOOKUP lesson with sample file that will teach you everything there is to know when creating a VLOOKUP inexact match Excel function. 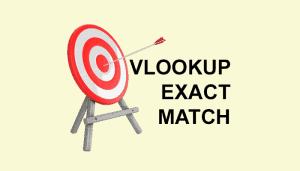 Simple VLOOKUP tutorial with sample file that will teach you everything there is to know when creating a VLOOKUP function with an exact match.