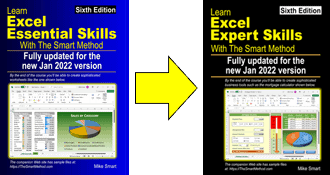 This article explains the difference between linear and exponential series and shows how to model them using Excel.

Rabbit population growth is a good example of an exponential progression and in this lesson you’ll forecast the growth in a rabbit population for each month in a four-year period.  You may be surprised how quickly they can multiply.

This article is an unedited lesson from one of the 25 short focused lessons Session 2 of my “Essential Skills” book.

Leave me a comment if you find the lesson useful.

Linear and exponential series can also be defined using the Ribbon

Here’s how you could have used the Ribbon to complete this lesson: 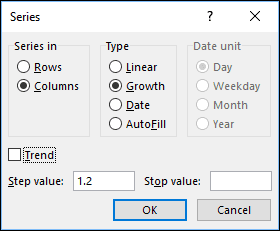 Note that the value: 1.2 is used because an exponential (growth) series multiplies each start value by the step value.

A synonym is a word you use when you can’t spell the other one.

Excel uses different terminology in various menus, dialog boxes and task panes that mean the same thing (in the context of this lesson):

In this lesson I’ll consistently use the terminology Series and Exponential.

Sometimes you may need to produce linear series values from a series of numbers that have different step values.  For example, consider this range:

In this case Excel will use a more complex mathematical operation (called the least-squares algorithm) to determine the correct step value to use. In the above example, Excel would calculate a step value of 1.01.

According to an old legend, the inventor of the game of Chess presented his new game to a powerful king.  The king was so pleased with the game that he offered the inventor any reasonable reward.

The king thought the inventor was foolish to ask for such a simple gift.  Much later he found that there was not enough rice in the entire world to fulfil the inventor’s request.

With the Excel skills you have learned in this lesson, you should easily be able to model the King’s dilemma and discover exactly how many grains of rice would have been needed (about 18.5 Quintillion).

In: Lesson 2‑14: Use AutoFill for text and numeric series, you used AutoFill’s Fill Series method to automatically create these numeric series.

These are both examples of Linear series.

To create the linear series in column C you selected cells C18:C19 before AutoFilling down the column:

When you use AutoFill’s Fill Series method, Excel adds the step value to the start value (the number shown in the previous cell).

In the above example, if you AutoFill down to cell C20, the value shown in cell C20 will be 27.  This is calculated by adding the step value of 9 to the start value of 18.

This is an example of a very simple linear series.  Excel is also able to calculate a linear series even when the step values of the selected cells are not equal (see sidebar).

In this lesson you will model this type of exponential series.

2. If the rabbit population of an island increases at the rate of 20% per month, use an exponential progression to calculate how a newly introduced community of 200 rabbits will grow in four years. 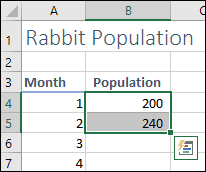 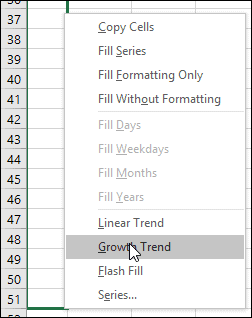 After four years (48 months) the 200 rabbits will have grown to a population of a little over a million.

3. Save your work as Rabbit Population-1.

Here’s the sample file at the end of the session.  If you ran into any problems you can study the finished workbook to identify the problem.

I hope that you enjoyed the lesson and now have a complete understanding of Linear and Exponential series. 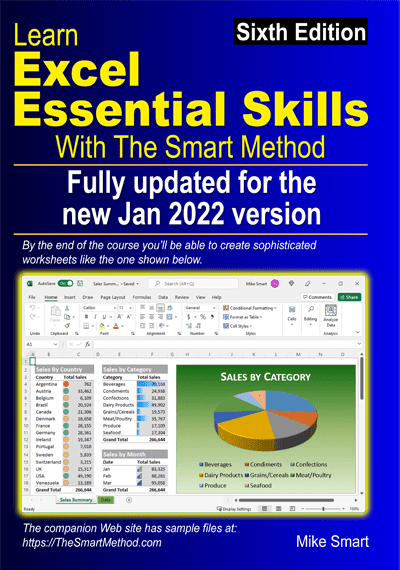 This lesson is excerpted from the above book.  Smart Method books are the only up-to-date Excel books published with regular new editions published whenever significant new features are added to Excel.

Available as both a paper printed book and as an e-book you can instantly download today.

Some of the things you will learn 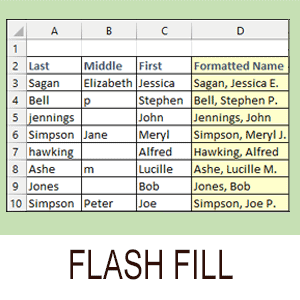 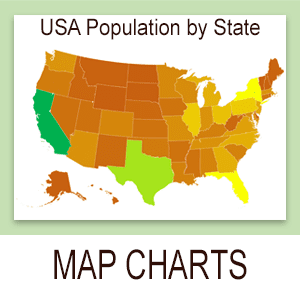 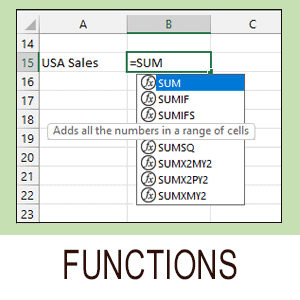 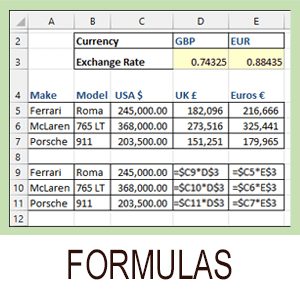 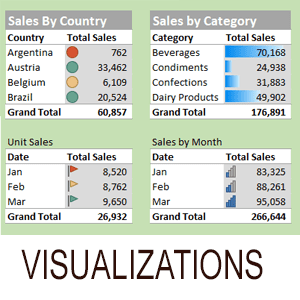 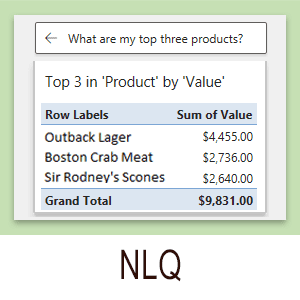 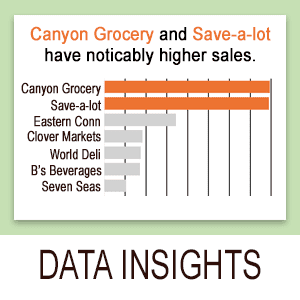 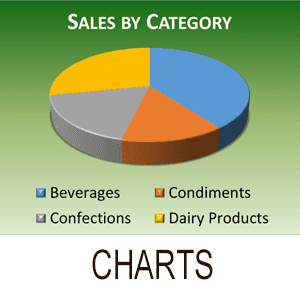 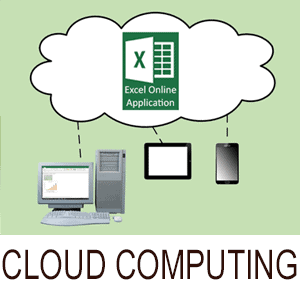 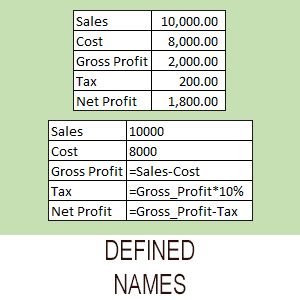 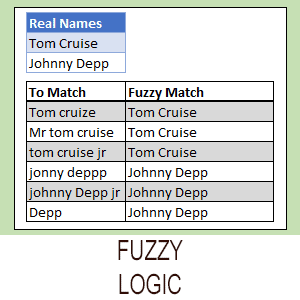 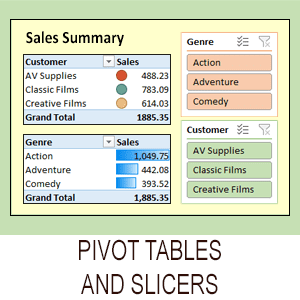 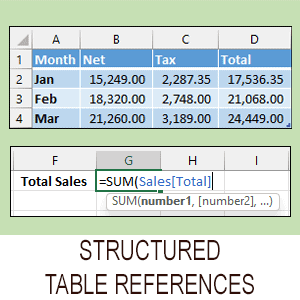 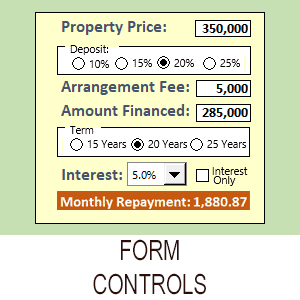 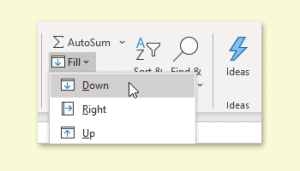 Keyboard shortcut for autofill in Excel

This article explains several different ways to carry out an AutoFill using the keyboard in Excel and explains Flash Fill and the Repeat command. 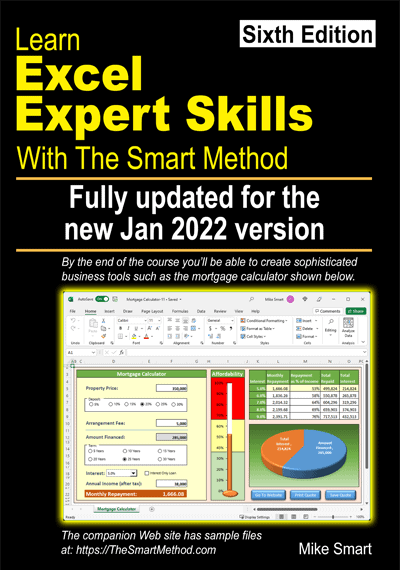 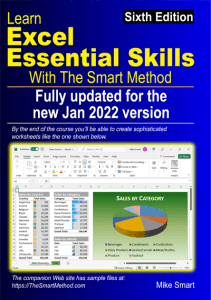 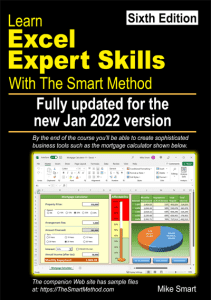